Tungsten /tʌŋstən/, also known as wolfram /wʊlfrəm/, which is a chemical element with the symbol of W and atomic number 74. Tungsten Metal is a hard, rare metal, it was found naturally on the Earth only in chemical compounds such as tungsten oxide. Now, the most of tungsten mines was found in China.

Tungsten was identified as a new element in 1781, and it was the first isolated as a metal in 1783.There are two important tungsten ores include wolframite and scheelite.Tungsten has the highest melting point of all the non-alloyed metals and the 2nd highest melting point of all the elements after carbon. Also tungsten metal has high density of 19.3 g/cc which is comparable to that of uranium and gold, and it is much higher about 2 times than that of lead. 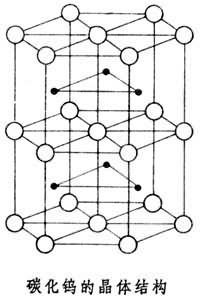 Tungsten Putty is another new application for the application of weighting such as tungsten fishing sinker, racing car's weight, such as and tungsten putty for pinewood derby cars. Tungsten putty is a material made from tungsten powder and a polymer binder, the minimum density of tungsten putty is 10g/cm3.Tungsten Putty is non-hardening and easy to mold and shape to any form, so that you can have any design you want, and is easy to apply and will not dry out even after several weeks exposed to air and sunlight.

China Tungsten has been offering designing, manufacturing of pure tungsten, tungsten carbide and tungsten alloy products to more 1000 clients with ten thousands types tungsten products successfully from the year 1997. If you have any question and any demand of tungsten, please contact us without any hesitation, we promise you not offering only our qualified products but also the designing, prompt delivery, the most competitive prices and all solution.

Dear Visitors：
Kindly resend your email or cc to sales@xiamentungsten.com if emails back to you.
Thank you for your attention!