Foreign trade also known as "foreign trade" or "foreign trade", referred to as "foreign trade" refers to a country (region) and another country goods, services and technology exchange activities (region) between. This import and export trade by the two parts. For goods or services brought into the country (region), it is imported; shipped out of the country for goods or services (region), it is exported. It began in the emergence and development of slavery and feudal society to a capitalist society, the development of more rapid. Which is determined by the nature and role of different social systems. 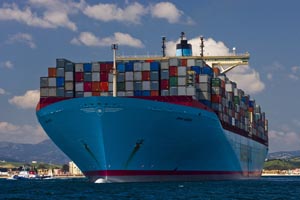 Foreign trade not only highly developed country commodity production linked to one another , but also by the low- level production of foreign trade development of countries and regions have joined the exchange in the field to make money as a general equivalent to the depth of their economic life, these countries and nations increasingly the products of labor and exchange value of the commodity nature of the law of value and gradually dominate their production . As countries become widespread circulation of commodities , the worldwide circulation of commodities, gold and silver as a function of the growth of a world currency . Gold and silver currency is generally purchased with the means to remove the outside , is also used as a means of international payments , international settlement and international credit . With gold and silver into the world currency , resulting in the possibility of the formation of world commodity prices . Formation of world prices , which means that the law of value to expand into the world market for the production and exchange of goods to compare countries to establish a foundation to promote the development of world production and trade . Through foreign trade, participation in international division of labor , social labor savings , not only national resources can be utilized to the fullest , but also to ensure the smooth progress of social reproduction to accelerate the expansion to achieve social reproduction .